The Republican National Committee (RNC) released today the seventh episode of “Real America,” a podcast hosted by RNC Chairwoman Ronna McDaniel. In this episode, Chairwoman McDaniel hosts Sen. Ted Cruz (R-TX) to discuss the multiple failures of Joe Biden – from his withdrawal from Afghanistan to the crisis he created at the border to his failure to hold Big Tech accountable. 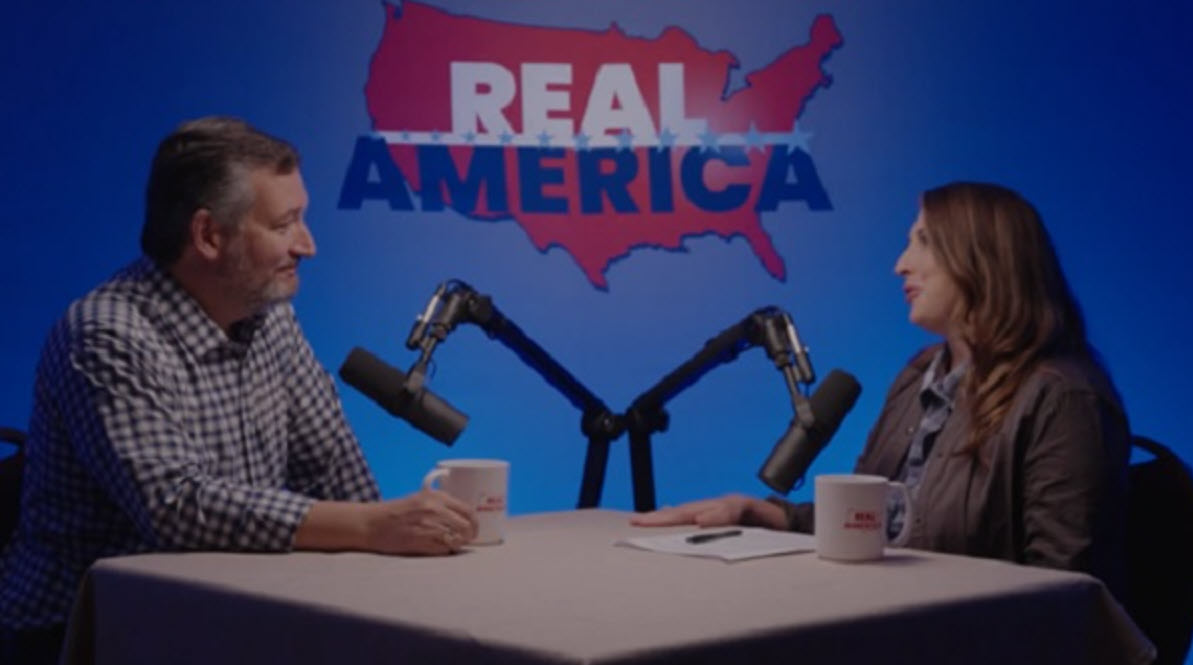 “Today, I’m honored to be joined by my friend Senator Ted Cruz to discuss the many failures of the Biden administration,” said Chairwoman McDaniel. “It's shameful to me that the Biden administration is patting themselves on the back saying this is the largest evacuation in history, because they failed. We had to evacuate in a dangerous circumstance and we just lost 13 military servicemen and Biden must be held accountable for this disastrous failure.”

“It was preventable, this has been an enormous catastrophe,” said Sen. Cruz of Biden’s catastrophic failure in Afghanistan. “It's been horrifying to watch what's unfolded in Afghanistan, and I think what has happened there is a combination of two things. Number one, it is the radical ideological extremism of Joe Biden and the Biden administration, and number two, is that they are unable to recognize that the Taliban are terrorists.”

Engage with the Forsyth County GOP

Help our Party fund our success